Can China and Brazil use their home grown agricultural knowledge, which has driven phenomenal agricultural productivity at home, to transform agriculture in Africa? That was one of many questions discussed at the Contested Agronomy conference.

When Lidia Cabral interviewed a Brazilian agronomist from Embrapa, Brazil’s agricultural research corporation in Mozambique, he talked to her about the “primitive” and “backward” practices of Mozambican farmers, including their use of the short-handled hoe. Why, he wondered, didn’t farmers use the long-handled hoe instead of having to bend over to use the short-handled hoe to till the soil? He bought some long-handled hoes to replace the short ones but, when he visited the farmers a few weeks later, he noticed that all of the handles had been cut in half. After he noticed that this kept happening he asked some of the farmers – many of whom are female – why they were cutting the hoe handles in two. Their answer: they needed to use the shorter handled hoes as they could carry them on their shoulders, thus keeping their hands free for carrying their babies, and other materials.

Brazil’s ability to increase its own agricultural productivity has been phenomenal. Embrapa, short for Empresa Brasileira de Pesquisa Agropecuária, has been largely responsible for the successful development of the cerrado (Brazil’s savannah). The cerrado, which was once considered unfit for farming, and was an under-developed and poverty-stricken part of the country, now produces 70% of the country’s farm output, helping to feed Brazil, and provide exports.

Given the successes, a big question being asked is whether Embrapa can export its know-how to Africa. The Brazilian development cooperation is increasingly focused on agriculture in Africa as the Brazilian government and Embrapa think it can use the transformation of the cerrado as a success template to make it a leader on tropical science.

President Lula said at the inauguration of an Embrapa research centre in Ghana in 2006 that it was the “beginning of a peaceful revolution that will have as a result the germination of grain, food, and products that can do in the African savannah the same revolution that Embrapa carried out in the Brazilian cerrado.”

Like Africa, Brazil’s land is tropical and nutrient poor. It has taken crops from Africa, like the Brachiaria grass, and cross-bred it so that it produces more grass per hectare to feed its cattle. It  also has research stations in African staples, cassava and sorghum. This would suggest on the surface that South-South learning between Brazil and various African countries would be possible, and fruitful.

Cabral’s research looks at how knowledge and processes from Embrapa is travelling to Mozambique via cooperation projects. She shared findings from her in-depth interviews with professionals from Embrapa and found that, while they are well positioned to be able to exchange and share knowledge, Mozambican agriculture is broadly seen as primitive and rudimentary by the majority of Embrapa professionals, and they are frustrated with the lack of cooperation from local counterparts, if financial rewards are not on offer.

Some of the professionals are focussing on correcting “backward” practices, like the failed attempts to replace the short-handled hoe with a long-handled one, in this case because the professional had failed to understand why the farmers were using them in the first place.

This was one example of how some technologies don’t embed in local systems, while other technologies do move, travel and are adopted. Like aid workers before them, Embrapa professionals’ capacity to engage with and understand the local context depends more on their own personal attributes, epistemological inclinations and training. This will have as much impact on the outcomes than the experience and credentials that they bring Cabral suggested.

Brazil is not alone in being proud of its achievements and keen to promote its agricultural practices in Africa. China has seen the most dramatic decreases in poverty in human history, and is also keen to share its know-how on the continent. China’s increased engagement in African agriculture has been well documented with different “narratives” used to describe this engagement, including its frequent description as a coloniser or economic competitor in the media [PDF].

Just as Brazil’s transformation of the cerrado affects its work in Africa, China’s “epic past” also informs its approach, says Professor Xu Xiuli from China Agricultural University. In centuries past, Chinese emperors placed great emphasis on ensuring food security and this emphasis has continued to today where science and technology are now prioritised as key for national development.

China made agriculture one of its development assistance priorities at the Third FOCAC Summit in Beijing in 2006. The country focuses on technological solutions that prioritise agricultural productivity and enhance growth.

As part of this process, 23 agricultural demonstration centres have been established in Africa, and more are planned. The government is emphasising state business cooperation – which, says Xiuli, the Chinese state is adopting to ensure the long-term financial “sustainability” of the centres.

These state-business relations, say Ian Scoones and others in this new paper, is a key feature of Brazilian and Chinese engagements in African agriculture, and will “shape and steer” development in the future.

The Chinese companies receive technical aid from the Chinese government for 3 years (which is sometimes extended to last in total for 4 or 5 years) to establish and build the centres. The companies hope that in this time they can develop a potential market for their seeds, machinery and other technology.

The agricultural demonstration centres are an example of “a top-down policy being implemented at the grassroots” says Xiuli, who has developed case studies and research on four of the centres.

Different Chinese provinces are linked to different African countries, a strategy used both internally within China and overseas.  For example, Shanghai, the country’s biggest city and a global financial hub, has been twinned with Yunnan to help support its development.

Tanzania’s agricultural demonstration centre has been built and developed by the Tong Qing autonomous zone in China. As a result, Tanzania’s agricultural demonstration centre is painted yellow in a style common to Tong Qing  because the materials were imported from China and the construction companies from Tong Qing built in the style they knew. It must sit in striking contrast to the surrounding architecture and might be seen by some as an example of top-down development, using Chinese materials and architectural styles to create the buildings with local workers.

Despite this approach, researchers are interacting with local communities, says Xiuli. She believes the aid workers, often agronomists, living in the research centres are the ones meeting most with the local communities to do agricultural research and training. The agricultural centres are now sometimes used as buildings for weddings and other local ceremonies. It’s not their main purpose, but a nice example of their usefulness for the wider community.

Find out more about some of the complex issues revealed about China and Brazil’s involvement in African agriculture. Read a special issue of the journal World Development, with 16 different case studies discussed in 8 new open access articles available to download. Lidia Cabral’s work is not yet published but will be available in a future working paper.

Sign up to receive updates from the conference by email.

Video from the conference 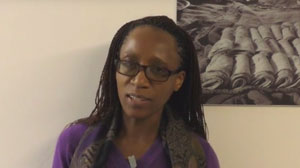